Page Turners: Books To Read Over The Summer

We are very excited about the summer! Especially after the winter we’ve had. One of the things we look forward to, are great books to read over the summer.

Yes, the summer time is when things slow down somewhat. The days are longer. We take trips to the beach, or an amusement park. There are outdoor soccer tournaments and we can catch the folks playing cricket in the park. Let’s not forget all the barbecues to attend. Whatever it is, there’s nothing like getting lost in a really good book or two.

Choosing the final list was a bit challenging and so we asked readers to help us select the final list. Thank you to our readers who participated in helping us come to our final list.

As is customary we continue to explore books by Caribbean American authors to read this summer. In addition to round out the list we included other books as a juxtaposition to the Caribbean-American or West Indian American point of view.We do believe there will be at least one book on this list that you’ll want to read. If not, you can also chose one of the books from our Caribbean Literature 2014 List. 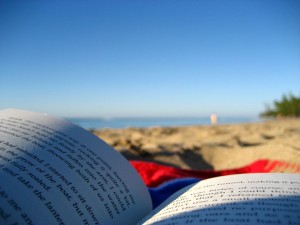 Our List of Books to Read Over the Summer

Not for Everyday Use: A Memoir by Elizabeth Nunez has received a number of notable editorial reviews from the Huffington Post, Ebony and even made it to Oprah’s list of memoirs to review. After the death of her mother, Nunez returns to her native Trinidad. Not for Everyday Use, is a reflection of the uniqueness of our Caribbean culture and how this cultural view shaped her life and those of her parents and siblings.

Things I Should Have Told My Daughter: Lies, Lessons & Love Affairs by Pearl Cleage. According to one of the editorial reviews, this book was born out of the author’s daughter disinterest in reading her novels and her daughter’s scraping Cleage’s plan to leave them for her granddaughter. An interesting bit of information that resembles the character Josephine Evans, in her book, Seen It All and Done the Rest: A Novel.

The Space Between Us by Thrity Umrigar. A novel about two women in Bombay, India – one wealthy and the other the servant of the wealthy woman. The book explores class differences and gender roles in Bombay as seen through eyes of the women.

Pepperpot: Best New Stories from the Caribbean Pepperpot is a collection of short stories from new authors from the Bahamas, Barbados, Jamaica, Trinidad and Tobago and other islands.

Who Asked You? by Terry McMillan. In her newest novel, McMillan continues to explore family ties which inevitably “are tested and transformed”.