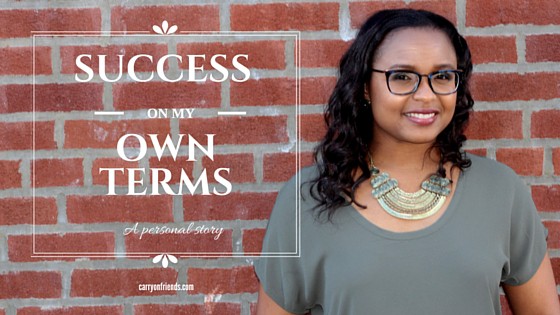 About those “success stories”

A quick search around the internet and you’ll find tons of articles about many successful/famous people who didn’t finish college or didn’t even go to college.  I’m curious, does this surge of “despite being a college dropout” or “didn’t go to college” success story apply to minorities – a black woman, an immigrant like me?

I am a Jamaican, West Indian, Caribbean American and where I come from Education is a royal crown. It is the gold star of all gold stars. The more you have the better off you are. There’s a double meaning to that – you can afford the education based on your socioeconomic status, but if you are super smart and get “nuff” schooling you rise to another level of society. But that’s a whole other discussion there. Bottom line, Jamaican parents and Caribbean parents as a whole pride ourselves on our education system and our level of education.  My recollection of school in  Jamaica is one of superiority, one filled with fierce competition that had winners and losers. Winners finished school and got high “marks” on exams and ”the best of the best” did even more school, pursued  advanced degrees and got into prestigious schools or programs . Only “wutless/wotless” people didn’t finish school.

So what does this have to do with me? Here’s my story…

I had just completed the 9th grade (aka “3rd form”) when I left Jamaica for New York, the summer of 1993. I had  heard stories of being put back a grade or two, when kids moved to the states from the Caribbean. I already knew that was not an option for me. I belonged in the 10th grade regardless of my age, or what other reason they tried to give me. I was adamant, headstrong and now that I think back, downright relentless about it. Why? Pride of course! I did not want to be a grade behind all my friends in Jamaica. (Remember what I said earlier, school was  fierce competition).

I did pretty well in school – made the principal’s list, was a member of a successful moot court mock trial team, with a trip to the United States Supreme Court to meet a United States Supreme Court justice to boot!  In my senior year, the high school college counselor discouraged me from attending a particular school. So, I set out to prove her wrong, that year I applied to well over 12 colleges and got into almost all of them. Upon hearing about the acceptances, that same college counselor wanted to recommend the school that I should attend. I now know that the school I chose could be used as highlights for her track record.  Ultimately, I chose the school that offered the most money and was close enough to home. I started college 2 weeks before my 17th birthday – pretty cool huh. But by the end of the spring semester of my first year in college, I was 4 months pregnant. Dat nuh cool. The pride I gave my family with all my accomplishments was quickly mired because  “mi go breed young”.

It wasn’t so much my shame, but the shame of my mother and grandmother that I carried. There was fear of the unknown, but all I could think of was, “when  am I going to finish school?” I recall a friend at the time suggesting I take a year off – but that was out of the question. I had a lot to prove. In my eyes I fell from grace and I had to get back up.

I only took off the fall semester because I was due in October. My pregnancy accelerated my mother’s relocation plans. So we moved from New York and I started a new school in a new state the following spring.

Going to school full-time, working part-time at school and taking care of a baby was tough. The ease of excelling in school was now challenged by operating on little sleep with a new baby. Still I pushed through. After a year and a half at Marquette I decided to move back to New York. I missed New York and I wanted to be independent. I wanted to take care of myself and my daughter because it was hard on my mother to raise 4 kids, plus a grandchild. However, my mother thought differently and so my decision wasn’t met with enthusiasm. For years after my move, she would continually remind me that she didn’t send me back to New York and I could’ve finished school.

I had all intentions of going back to school once I got settled. I told myself that I would get settled with a job and apartment and start school the following year. A year passed and I didn’t start school despite  many requests for applications from my schools of interest. At the time I was working in Soho by NYU and I got very emotional during the graduation season of the year I should’ve graduated college. As it turned out, working in NYC with a child didn’t make it easier in any way, but I still figured I would make it back to school. And so the years passed…

Dropping out of college didn’t mean that I stopped learning. It was because I didn’t finish school and my insecurity about it that pushed me. I learned whenever I could. I was fortunate that the first job I got when I moved back to New York in 1999 paid for me to learn beginner-advanced word and excel. This made a huge difference in my career. I still have those certificates today. Since then I took alternative learning routes – certificate courses, read tons of books because I love to read, but really at the heart of it – to overcompensate for lack of a degree and having a kid early. I would also proof and edit my friends’ college essays, all to keep my mind sharp. 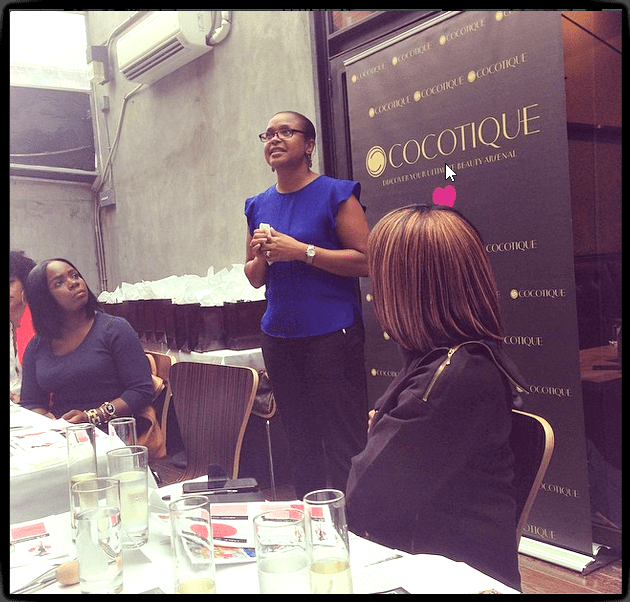 Why this matters now?

So, I’m building out Carry On Friends and it’s blossoming into something beautiful, touching lives and making a difference.  Carry On Friends is committed to equipping the Caribbean American community with the resources they need to build meaningful careers for themselves, build strong brands and businesses that will have a positive impact on their immediate communities, the diaspora, the Caribbean region and the world.

With my audience being composed of predominantly Caribbean Americans, who value education and multiple/advanced degrees, here am I on this platform, a teenage mother with no degree. So what kind of business and career resources or advice can I offer? Worded differently, “what educational credentials do I have to stand on this platform?”  I understand this could be completely in my head but the fact still remains that there are times when  I am concerned that I won’t be taken seriously because I do not have a college degree.

My boxes of journals from over the years and even my more current journals reveal that this is a real burden that I still carry. I told myself that it didn’t bother me because I had no problem sharing my story and that was mostly true…until I started blogging and podcasting. Self-doubt sets in.

Jamaican parents value education. We learn very early that education is key. Every Jamaican child has learnt this “memory gem”.

“Labor for learning before you grow old. Because learning is better than silver and gold. Silver and gold will vanish away but a good education will never decay.” ~ Jamaican Memory Gem

We are a hard-working and hard-learning country. We have to excel at something and it must be education. Traditional occupations make sense to older parents – lawyer, doctor, engineer or  accountant. One, two, maybe even three degrees, the more schooling the better. I’m not saying that people shouldn’t pursue higher education.   I strongly believe that a 4 year degree or advanced degree, plus an average of over $33k in student loans is not the only solution for advancement. I am living proof (right?).

“Suddenly, degrees aren’t worth anything…kids with degrees are often heading home to carry on playing video games, because you need an MA where the previous job required a BA, and now you need a PhD for the other. It’s a process of academic inflation. And it indicates the whole structure of education is shifting beneath our feet.”

Several of my friends who have JDs and masters, have been told during their job search process that they’re over qualified. On the other hand, I’ve been told that I’d be perfect for the role, with my years of experience, but too bad I don’t have a degree. (By the way, I didn’t let those no’s stop me.)

In this digital age it’s no longer enough to just get a degree, get a job and be successful. Some people still believe that getting a second or advanced degrees will improve their chances for career opportunities. In reality however, studies show that people with more degrees get paid less.  A recent article in the Huffington Post  sites that new research from the Washington Center for Equitable Growth, shows that finding a well-paying job is getting harder even for those with tons of education.

Technology is moving so quickly and disrupting almost everything. As a result of the digital age,

“The world is moving so fast that the man who says it can’t be done is generally interrupted by someone doing it.” ~ Elbert Hubbard

In addition, because things are so fast-paced, almost everything is being learned on the go.   Despite my lack of a degree, my success in my career is a combination of continuous learning, keeping my fingertips on the pulse of the ever-changing technology and challenging myself to seek out the right opportunities at the right time. Essentially, I constantly find myself embracing innovation in order to remain relevant. 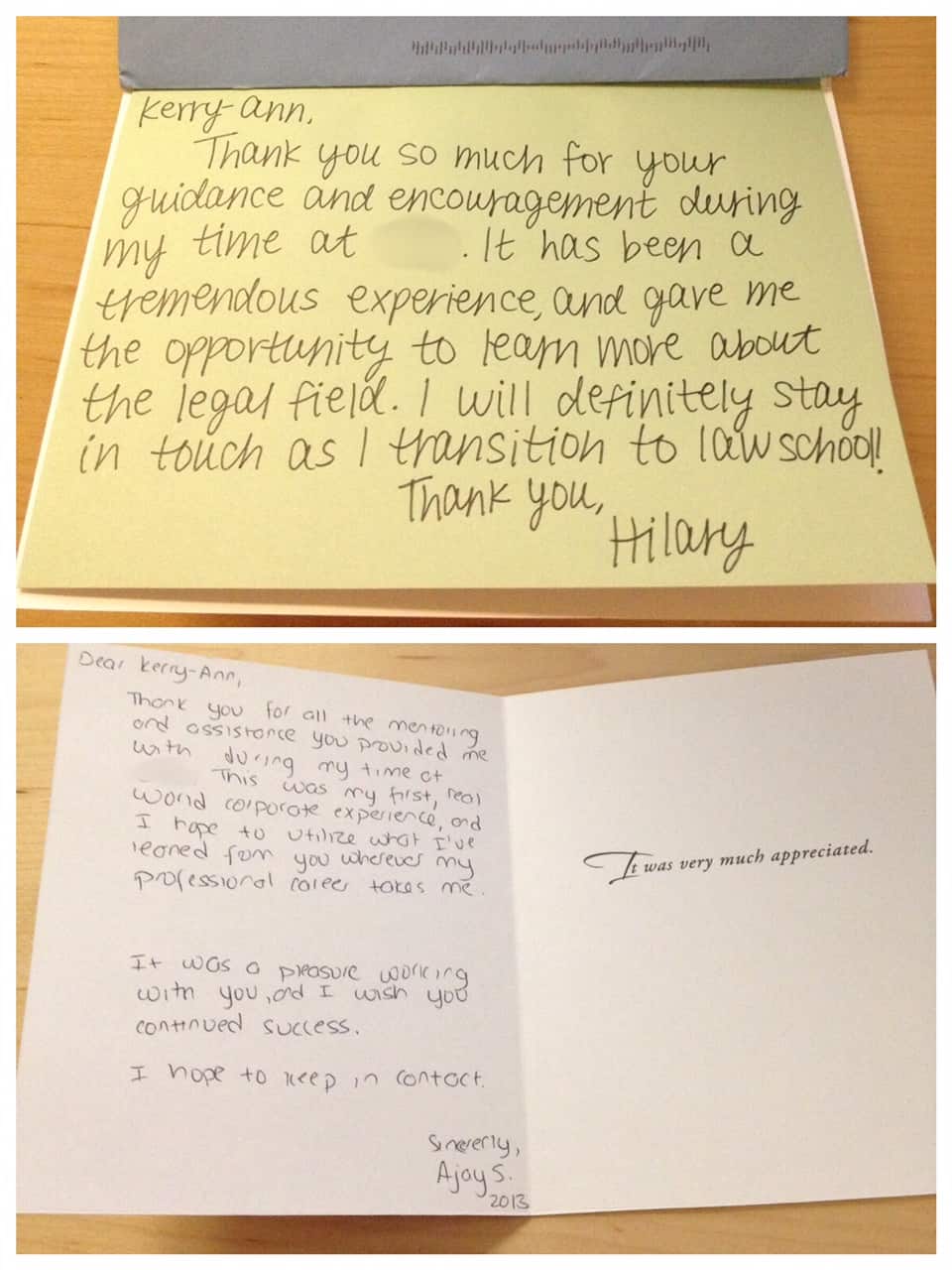 In a previous job, I got great joy mentoring some members ofmy staff who were in college and also when they went off to find other jobs. Having made so many mistakes as a young professional and entrepreneur, I was passionate about helping them avoid similar blunders, while sharing best practices. Don’t get me wrong,they will make their own mistakes, but I gave them what I had difficulty finding myself, a mentor and at times a sounding board.I encouraged them to dig deep, in discovery of their best self. 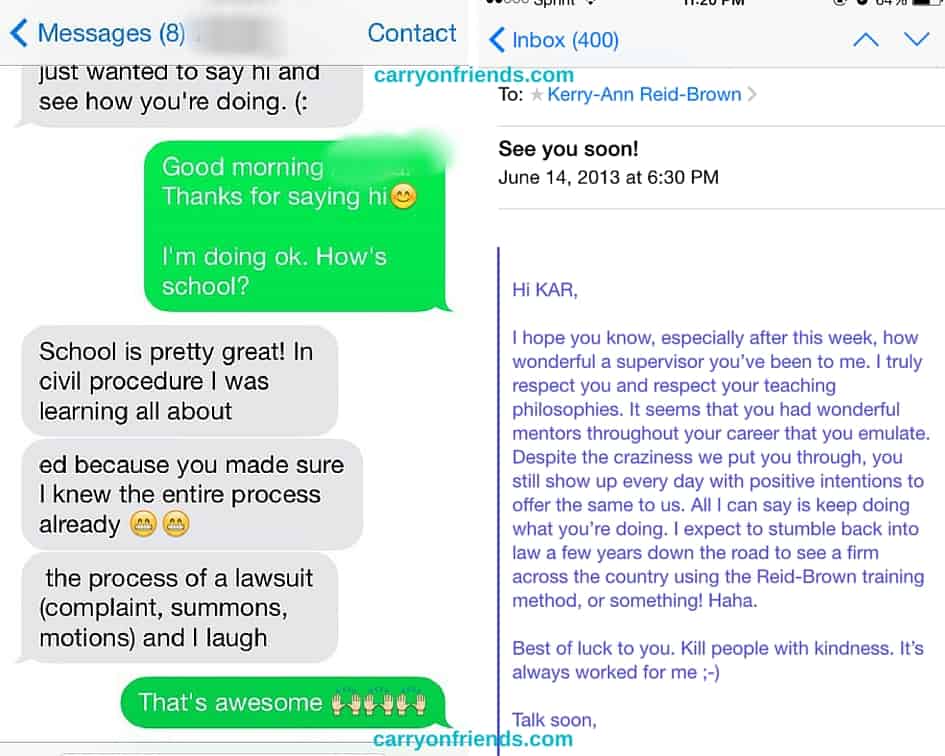 Similarly, with Carry On Friends, my goal is to empower others. Provide them with the right tools that will help them determine and define their own successes. My only conundrum is this – dare I believe that with my background (as I’ve laid it all out here), I can impact people’s lives for the better.

Thank you for reading my personal story.