Page Turner: The Dead Yard A Story of Modern Jamaica

I read this book back in February because my initial plan was to publish this review during black history month. When I realized that I wasn’t going to finish the book on time, I decided that publishing this post around the time of Jamaica independence was better.

I thought that this review would have a bigger effect and cause for reflection if published around Jamaica’s independence.

The Dead Yard: A Story of Modern Jamaica

by Ian Thomson is as the author states, “for good or bad, exposes a dark side of island life at odds with the ‘paradise’ island of travel brochures.”

The author provides numerous historical information and weaves them into the stories told by a variety of people he interviews so as to provide the reader with context. Interviewees included the affluent, famous as well as people in parts of Jamaica not usually seen on TV or in brochures – a literary version of the JIS’  local program “Hill N’ Gully Ride” series aired on TVJ.

This historical context is important as it is suggested that in order to understand the violence in present day Jamaica, one had to understand its history. Covered at length was the question of what has Jamaica done with it’s independence, complete with the opinion of Jamaicans in Jamaica and the diaspora.

Also discussed is what Thomson described as “the island’s bewildering racial and ethnic diversity” and how this diversity attributes to class prejudice and its effects.

Thomson tried to balance the Dead Yard by not only exploring the crime, violence and political corruption. He recounts that as he “journeyed deeper into Jamaica”, he could not discount the many wonderful things about Jamaica. He points to the country’s natural beauty, athletic prowess, musical talent as well as Jamaica’s other more ‘positive’ contributions to the world.

He states he does not claim the book as the truth but “only as he saw it”. The Dead Yard: A Story of Modern Jamaica is a well researched, well written and honest attempt to understand Jamaica’s double identity.

Since reading The Dead Yard, I’ve read Not For Everyday Use and The Roving Tree, books by Caribbean American authors. I’ve noticed that all three books explored similar themes including:

There’s much more to uncover by reading all three books. The insight you’ll gave will be worth it.

Time for a Career Check Up? 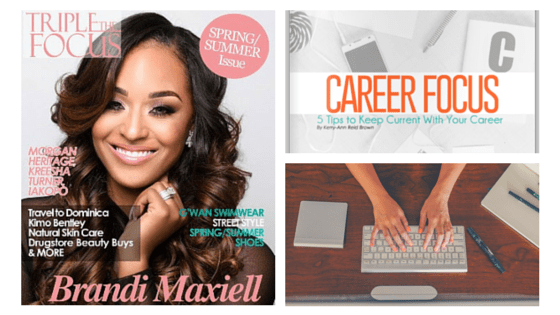 Career Focus: 5 Tips To Keep You Current with Your Career