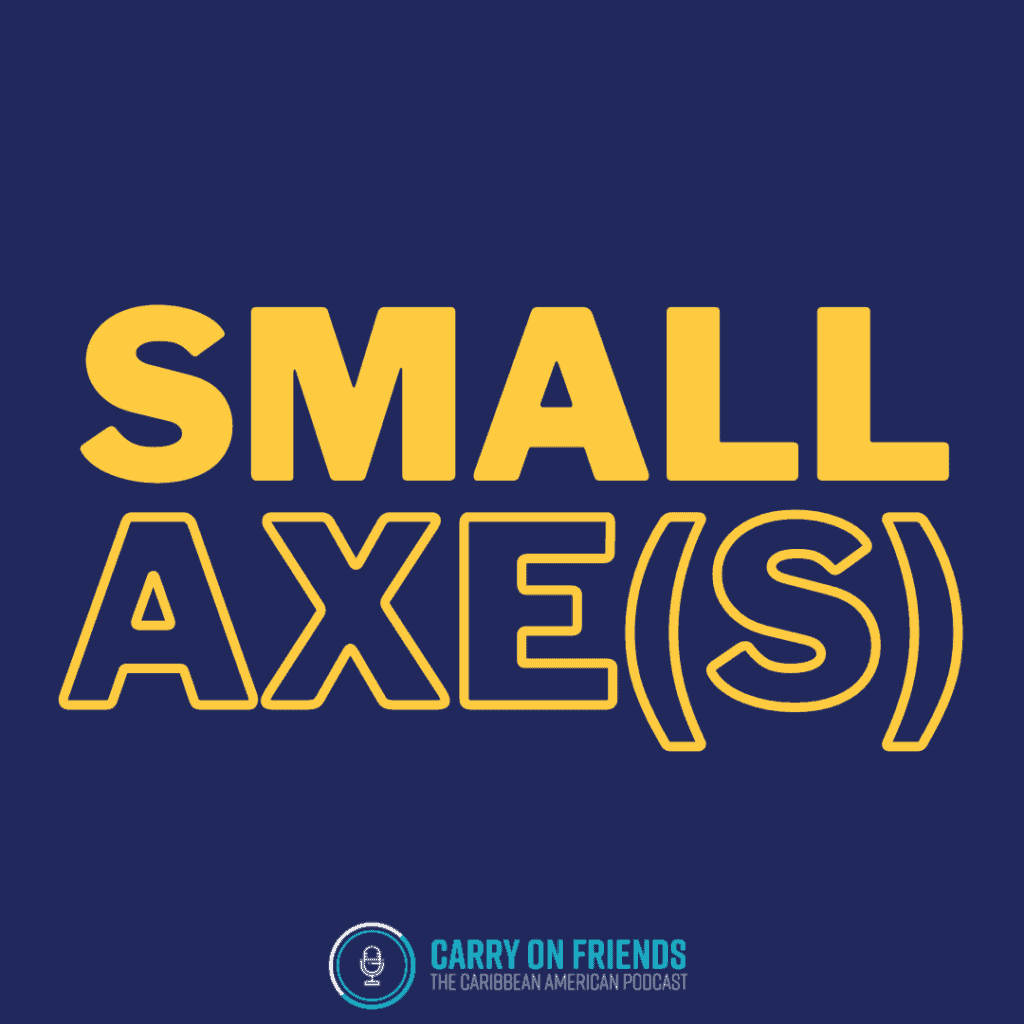 In the bonus episode, of Carry On Friends we’re doing an episode swap with Style & Vibes featuring the Small Axe episode.

Small Axe is a British anthology film series, created and directed by Steve McQueen. The anthology consists of five films that tell distinct stories about the lives of West Indian immigrants in London from the 1960s to the 1980s. Mikelah of Style & Vibes and Rachel Osbourne of Julie Mango TV to discuss the anthology series’ as it directly relates to the Caribbean and its diaspora. We explore the name of the series, its focus around Black struggles with racism, accessibility to the full diaspora, coverage by black mainstream media and community connection.

As mentioned I’m sharing this episode because the Small Axe series can serve as a good conversation starter with family about their immigrant experiences. Also, I’d love to see a similar series done about early Caribbean Immigration to the U.S.

As mentioned in the episode, if you didn’t get a chance to provide your feedback, here’s a quick way to let your voice be heard.