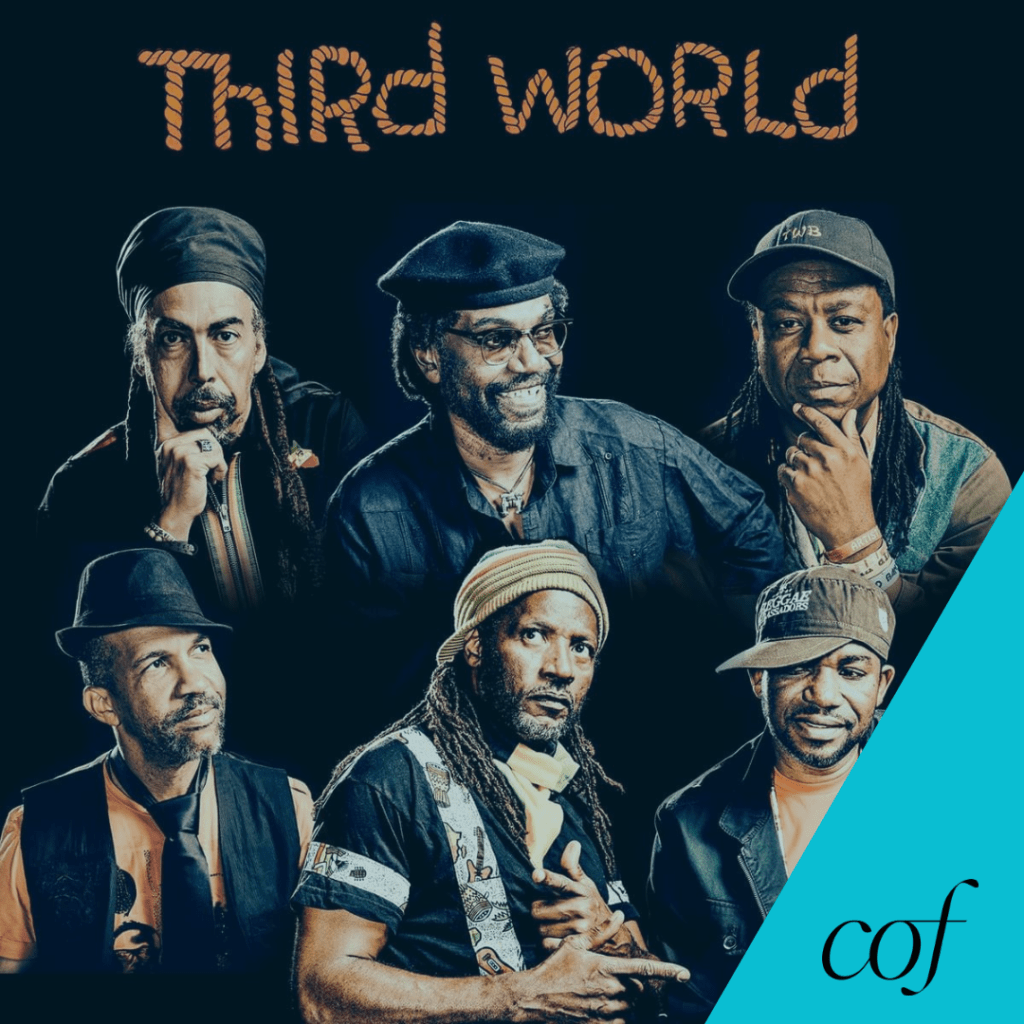 On August 8th, I had the opportunity to attend Third World‘s listening party for their upcoming album “More Work To Be Done” which releases on August 16th.

The following day, I couldn’t help but think how Third World has been around for 45 years and they are still releasing a new music. This upcoming album, “More Work To Be Done” will be Third World’s 22nd studio album.

The album was produced by Damian & Stephen Marley and features tracks with a younger generation of reggae and dancehall artists including Chronixx, Busy Signal, Tarrus Riley and Tessanne Chin. The album also includes a remake of The Abyssinians’ “Y Mas Gan”.  Third World had previously done a version of another Abyssinians song “Satta Massagana”.

I can get carried away with nostalgia from Third World favorites like:

Essentially, to have longevity creating new music that still carries the essence of who Third World is as a band is no easy feat. Under the careful charge of Damian & Stephen Marley, this new album is a vibe that gives a nod to the old while embracing the new.

Being at the recent album launch allowed me to really take in the album in an intimate setting. It was never my intention to write this (or any) article after the launch party but the music, the vibe that was lingering a day later got me thinking. This album launch and the commemoration of their 45 year anniversary has highlighted a few things that we all should consider in our careers and business.

“…to deal with the horizontal force of wind. Most skyscrapers can easily move several feet in either direction, like a swaying tree, without damaging their structural integrity. The main problem with this horizontal movement is how it affects the people inside. If the building moves a substantial horizontal distance, the occupants will definitely feel it. The most basic method for controlling horizontal sway is to simply tighten up the structure.”

Despite having gone through various line up changes and changes in the music industry – Third World is still going strong, touring and making new music. They’ve managed to do this without damaging the structural integrity of the Third World sound.

How do you think these lessons can help you to level up in your career or business?