You must B.A.G. IT when you set your goals!

As the new year approaches it’s the season many people begin to think about or perhaps have already started to set New Year’s resolutions.

Most people don’t stick to the resolutions long enough. Have you ever noticed that you see the most gym membership specials the weeks leading up to and after the New Year? People make a resolution they don’t keep and end of with a membership barely used.

I don’t set New Year’s resolutions, instead I create “B.A.G.s” and they’re usually made in September right before or a little after my birthday because I consider my birthday my personal new year. Besides, doesn’t September seem like a new year? Summer’s unofficially over, the kids are back in school, and to an extent us big kids are back to the seriousness of work after the lazy days of summer.

Without going too much into the book, based on the title alone you could surmise that the general idea is successful companies plan how they will remain successful and discover new or better ways to be successful. They have yearly and quarterly strategic meetings for the purpose of growing their company by either launching a new product or service that satisfies customers and generate more revenue.

On a smaller scale, you must use the same approach when you set your goals. 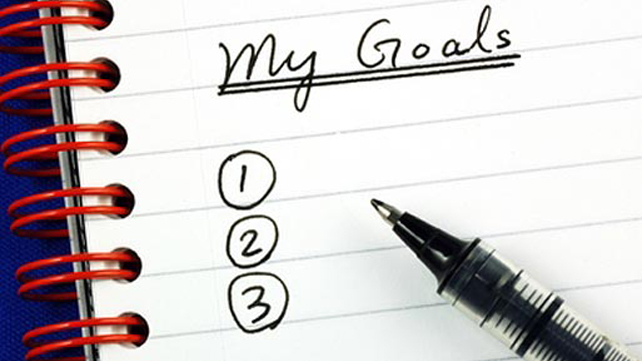 I decided to adopted Big Achievable Goals as my guide for setting goals. I dropped the “hairy” part and I prefer to use “achievable” as opposed to “audacious”. In January 2011 I started writing down my goals and by the end of that year I had achieved 6 goals. Not a bad start, which made me excited because I saw that writing down my goals made it more likely for me to achieve them. I decided to maximize my efforts by involving a few friends to share and accomplish big achievable goals. They agreed to a goal planning party and we called it “BAG IT 2012”. I was so excited and committed to it that I did an Evite to make it fun. (See below a screen shot of the Evite) 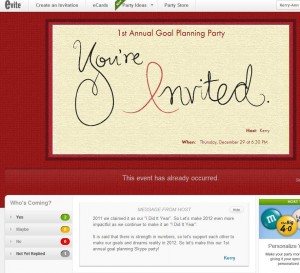 You’re invited to a B.A.G. It Goal Planning Party

Micheal Gerber, author of the awesome book The E-Myth Revisited said: “Great people have a vision of their lives that they practice emulating each day. To actively make your life into the life you wish it to be, you have to create it intentionally.”

Are you ready to make your life into the life you wish it to be? Check back next week for part 2: Prepare to BAG IT! 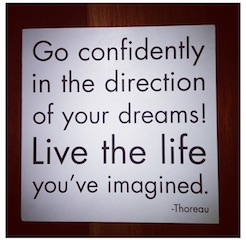 Live your life with intention