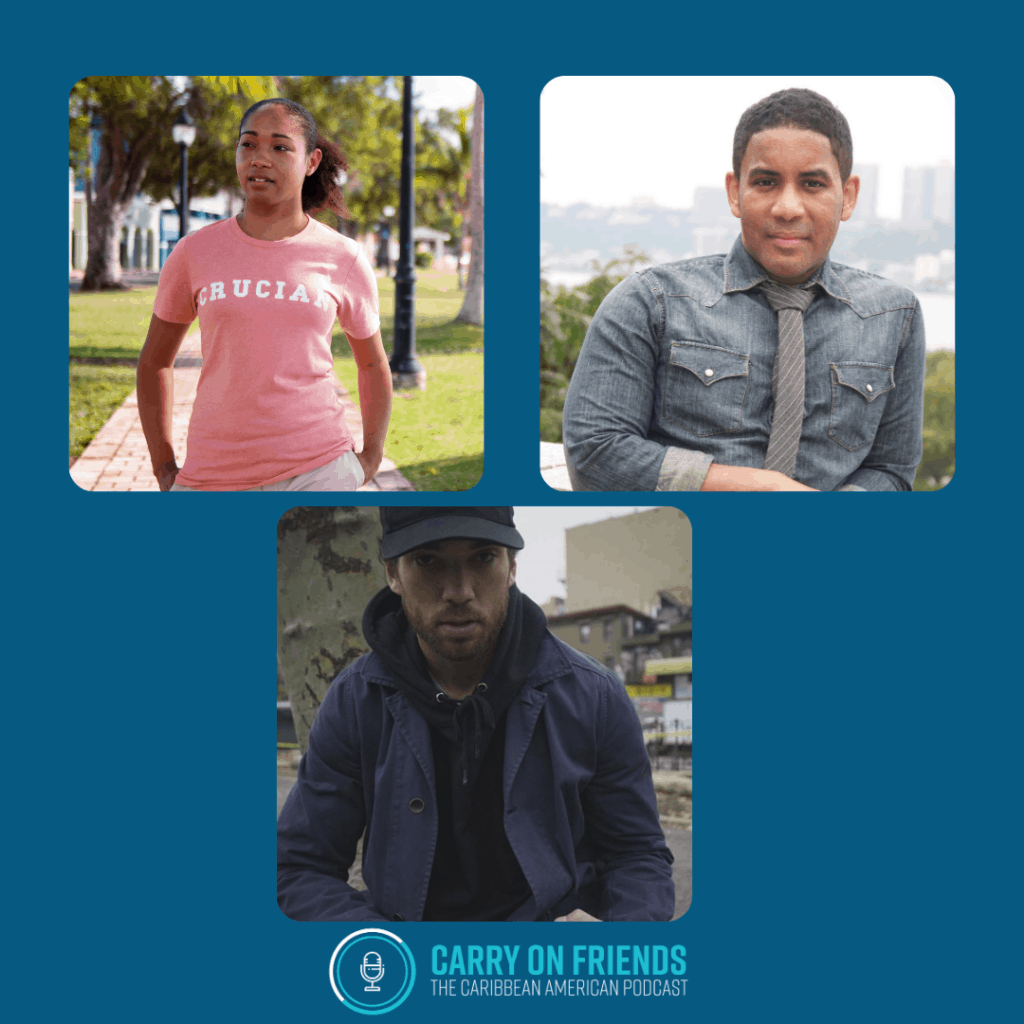 The Caribbean is made of of 30 countries; 13 are sovereign states and 17 are territories of other countries:

Asleé Douglas is from St. Croix, U.S. Virgin Islands and is the founder of MerchCarnival, an online shopping experience that connects fans to the Caribbean culture and Carnival experience that they love.

Cory Bishop is from St. Croix, U.S. Virgin Islands and founder of Forgotten Lands Art Collective.  In an effort to raise funds and draw attention to the crisis still at hand after the 2017 Hurricanes Irma and Maria; Forgotten Lands, features the works from a range of emerging and established Caribbean artists. This diverse group of artists reflects the environmental, political and socio-cultural diversity present across the regions.

Germán Jamie Jimenez is originally from New Haven, Connecticut. He moved to New York City in 2005 and currently resides in Harlem. Jamie is of Puerto Rican descent. Jamie received his MBA in Media Management from MCNY in 2009. He also received his second Master’s Degree in Project Management from New York University in 2017. Jamie has also produced a web series called Dominion (2011) and an award-winning short film called Egress (2014). Which focuses on homelessness in New York City. Egress won numerous Film Festivals like WINNER for the best Short Film at the Biton Film Festival and Barbados Film & Video Association Film Festival for best short film and male lead. Jamie has a dynamic background and he now focuses on strategically integrating film/media into different mediums and is focusing on diversifying the Tech world.

Your Turn: From an island that’s a US territory or another territory? What has been your experience dealing with heritage & identity?

Enjoyed the show? Please remember to leave a rating and review in Apple Podcasts.
A Breadfruit Media Production: Twitter |Instagram