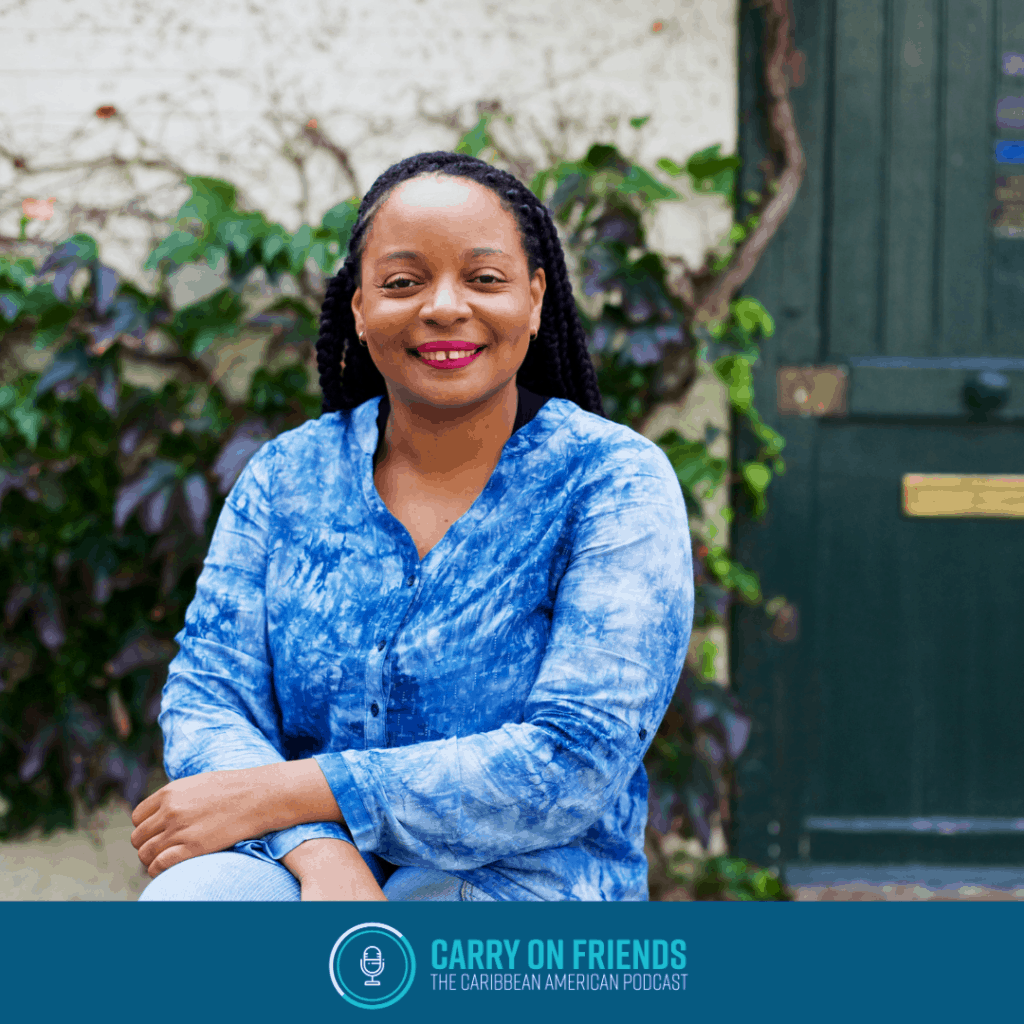 Maëlla Kancel is from the French Caribbean Island of Guadeloupe now living in Paris. She is the host of the podcast Karukerament, a podcast available in French and English – about the representation of the Caribbean in cinema and television.

In this episode I chat with Maëlla about:

Kassav – Most popular Zouk band from Guadeloupe. One of their most notable songs is Zouk La Sé Sèl Médikaman Nou Ni

Le Gang des Antillais by Jean-Claude Barny – currently on Netflix about the Guadeloupean and the Martiniquan experience and disillusionment with France.

Since Guadeloupe is a territory of France, the official flag is the French flag. However, if you Google “Guadeloupe flag” you’ll find the 3 images below. According the Maëlla, the first flag is the new flag that Guadeloupeans are identifying with as part of their fight to be independent or recognized. It is designed by Misié Sadik.

Maëlla informed me that the 2 variations of flags at the bottom where the flags flown on Slave ships. Unfortunately, the blue version of the flag is what’s available as a flag emoji. As a result, as a Guadeloupean, Maëlla finds it hard “to drop her flag” when there’s a Caribbean social media roll call.

Let us know what you think about the episode!

Enjoyed the show? Please remember to leave a rating and review in Apple Podcasts.